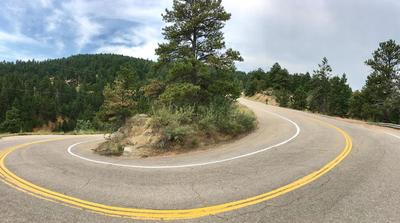 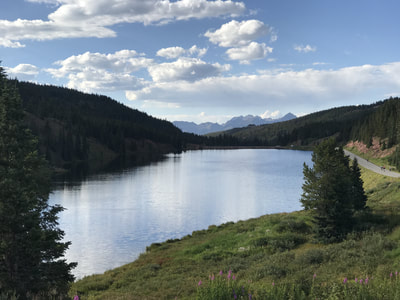 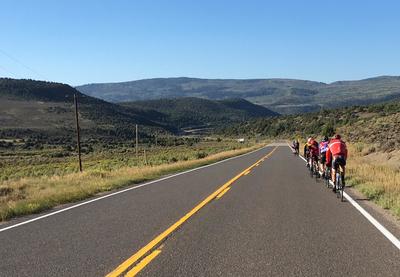 In 2011, Dr. Erik Dorf, an 'esteemed' orthopedic surgeon at Vail Summit Orthopedics, conceived the notion of a ride in Eagle County that tackled all of the popular road bike climbs in one day. There are eight. He mentioned the concept to Scott Bandoni, his most handsome and strongest bike-riding friend, who cautiously endorsed it...'it's crazy stupid but I'm in', said Bandoni.  Dorf called it the Octopus.

That first year just three of the eight who started the day finished the day. Dorf, Bandoni, and Brian Baker. The second year, 7 of 15 finished. Year three, 12 of 18.  The success ratio improves each year.  Usually.

The BOULDER Octopus was spontaneously invented by Bandoni in 2014 as a rain-out contingency plan for the Vail ride.  The Vail ride was not cancelled that year and it holds the record for longest, wettest, most rewarding Vail ride yet. But the Boulder Octopus was born.


click here for PDF of the ​BOULDER OCTOPUS map & profile

click here for PDF of the VAIL OCTOPUS  map

The Octopus is a organized group ride and not a race.

Support crews are gracious, paid volunteers from Venture Sports in Avon in Vail and Standard Bike Repair in Boulder.

We typically break up into small groups and/or go solo as we climb.  The lead group will wait for the last group at each summit.

The support van stages halfway up the hill then and stops to check on rdiers and does the same on the way down.

We re-group at the bottom and commute together single-file to the base of the next climb.

At least two 1-gallon jugs of water for your own consumption [ not a 2.5‐gallon jug with spout ]

Food for your own consumption. Bring more than less.  [ put in a cooler with your name on the side. large coolers are fine ]

All the bike clothes & gear and basic tools that you wish    [ if it is wet/cold, hot/sweaty, you can change often ]

Extra wheels if you wish

The van has plenty of room. Bring anything your might need except your spouse or your binky.

Cell phone is mandatory to communicate with the support van in event of emergency.

You can bail out of the ride at any point during the day but the support crew must be notified.

Upon your completion, you will receive the rare, unique, pile of cherished Octopus schwag.

Much needed food & drink immediately ensues at the restaurant of our choice.

LODGING   I can help you find lodging near the start/finish area. Let me know.

'this is fucking fabulous'

" I will finish next year if it kills me'    He finished. He lived.

from a random hot chic driving by near the top of climb 7:    'hey, is this that Octopus ride !?'